I love living near the ocean. It’s been a lifelong dream that I was fortunately able to make come true. I’m now close to my small family and try not to take either the sea or my family for granted – visiting both as much as possible. 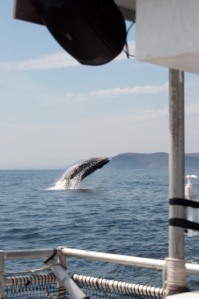 This summer I made a pact with myself that my summer vacation would be going out whale watching as often as possible when the whales were around. We’re lucky enough have a summer group of humpbacks that come up to feed (from Costa Rica I’m told).

So, I’ve made the trip at least 7 times this summer with our local whale watching company and Captain Kevin (Sub Sea Tours and Kayaks) and have seen breaches, lunge-feeding, spyhopping and tail-slapping. I’ve seen blue whales, humpbacks, Risso and common dolphins along with tons of migrating and local birds and hunting sea lions and jellyfish. 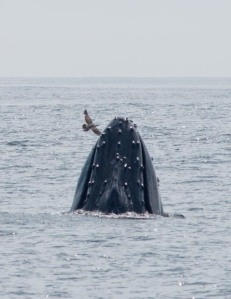 But, summer’s drawing to a close. The boy is heading back to school (first year of middle school – ACK!) next week. I think I need at least one more trip out there in the wild blue to hold in my heart before Fall sets in. Should I?

NOTE: You can see more of my whale watching photos (including more breach photos) on my Flickr feed.

Comparison of before and after – scanned watercolor

So, I mentioned the other day that I found VueScan software for getting better scans of my watercolors, since my built in scanner software sucks so bad that even Photoshop can’t help the images. Here’s a comparison of the first scan of my Stray Cats watercolor vs. the VueScan scanned version. The VueScan version (at least on my monitor) looks almost identical to the original. I’m very pleased. This isn’t meant to be a commercial for VueScan, just some information for potential fellow artists who might be experiencing similar issues. The software wasn’t cheap – but neither is a new scanner. 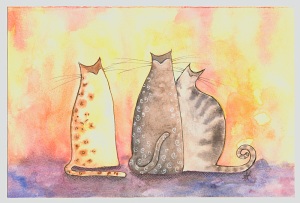 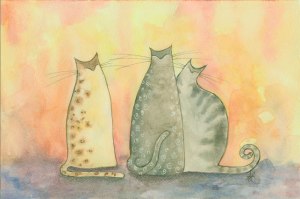 Some more peeks into my creative sketchbook. Here are some of my recent favorites…

Raven, Rebecca and the rabbits. Original sketch by Aprille Lipton 2013 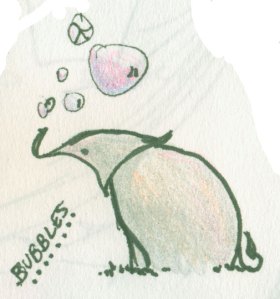 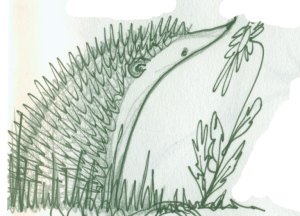 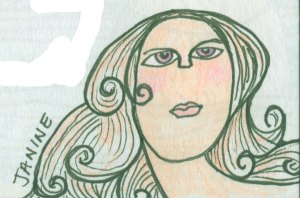 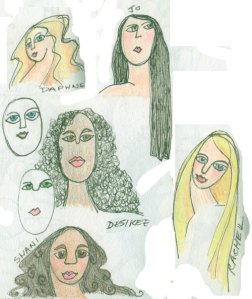 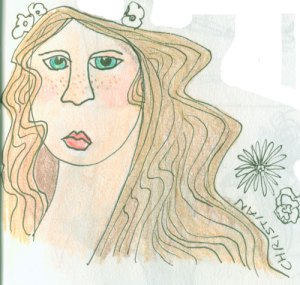 Scanner software and why I’ve been absent

Sorry I haven’t been posting these past few weeks. Summer is on the way out, my son’s getting ready to start back to school and I’ve been enjoying the whale watching boon with our local captain.

After much research, I finally found scanner software that let’s my old Cannon scanner finally capture those nuances in my watercolors correctly. Finally able to post some fairly accurate pics! I use VueScan now — truly amazing and easy.

Here’s a sample watercolor painting I recently completed and scanned using the new software. This painting was so much fun for me to do. I mean what polar bear wouldn’t want to be chillin’ in the tropics… sipping on a MaiTai? 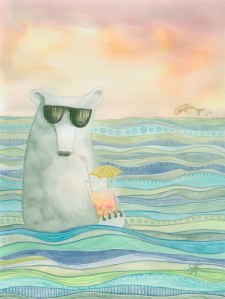 I have yet to finish “The Cloak” peacock painting. I’ve got a commissioned painting of cats to complete first. I’ve also been working on some sketches of women that I’ll share in the next few days. I have yet to paint any of them, but I’m excited about them. In fact, I’m kind of all over the place right now, so many sketches to paint — watercolor or acrylic — old sketches or new? Ack! Too many decisions to make.